Unlucky for: No Vacancies

I know. I've been slacking on here, but there's a few other things I've been working on, so I'm playing catch up with the blog. This probably wont be followed up be a another post for at least a few days either, just to make up for the lack of posts. I don't even get hassled by Utari either, but I think he's also been slacking on his blog, so I've not been feeling too guilty as a consequence.

I know a couple of people have been looking forward to my version of the No Vacancies fight - yeah, the one that was about a month ago... well, a month and then some. Not being able to write at work anymore -thanks to the new job- has really taken a toll on updates, but I don't think that's the problem. Writing at home is probably easier anyway. At least it would be if I didn't log in to teamspeak. "Jay, we've got pew." "Jay, do you want to interview this guy?" "Jay there's some russian talking in local!" 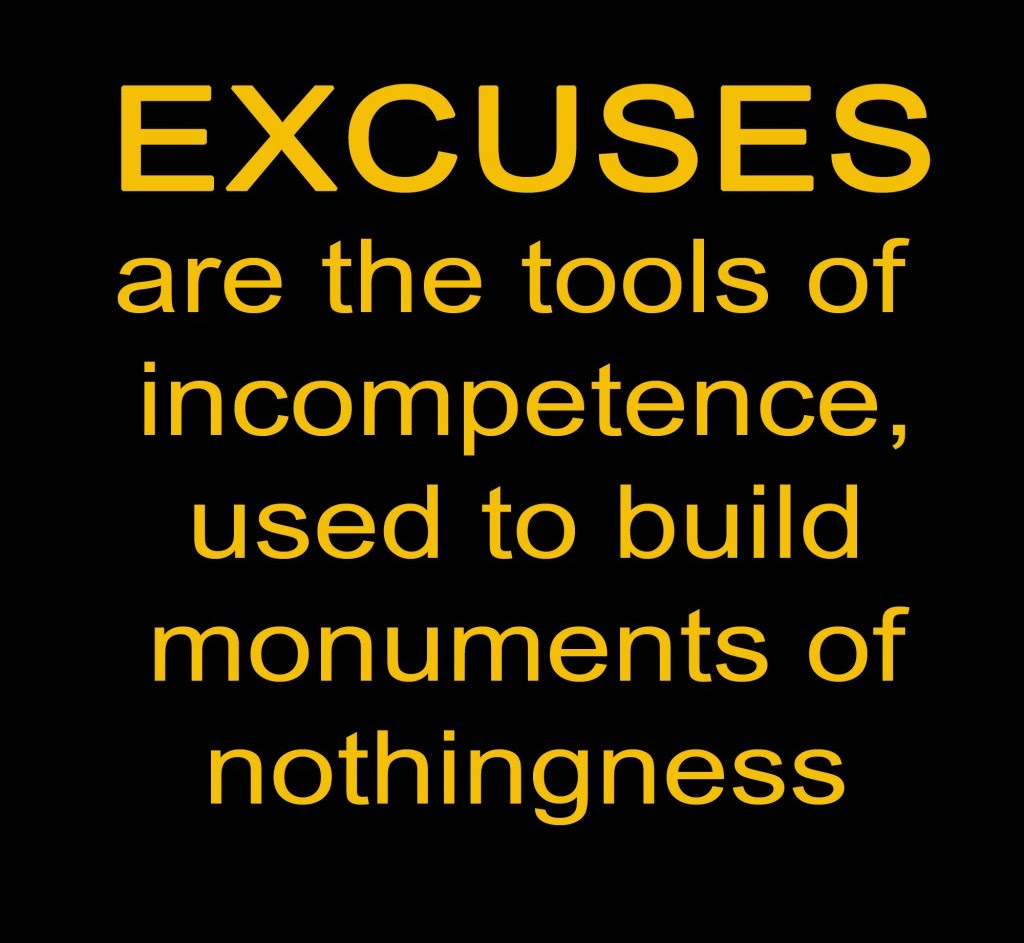 So, yeah, there's a tiny bit of completely friendly history with us and No Vacancies. Firstly, there's the part where I nearly joined them when they were still under the guise of Void Legion and I was disillusioned with Disavowed. Then Red Coat Conspiracy rocked up to evict them (which was blogged about in The Centre of the Universe). The outcome was disappointing, with Void Legion becoming part of Disavowed, but the guys moved on again and formed No Vacancies after I'd joined United System's Commonwealth. While under the USYSC banner, we fought NVACA in their home system. The mass on their C3 static caught us out, allowing them to escalate with capitals, which did turn the tide to their favour.

Then I was contacted by my old buddy, Moore McRay, who was once again looking for a WH corp. I didn't think he'd fit in with USYSC, so I sent him over to Viscis, who recruited him. The first time I'd flown with , he got really freaked out by a random mail he got from someone passing him in highsec. It was a simple greeting followed by "I really like your portrait" and nothing more. So, as part of initiating new members to [XIII-], our new guys have to mail him something complementary about his toon.

Then we have 'Doc', AKA Zerolaws. I've mentioned him before since I have NVACA to thank for him joining XIII. They blew up his multi-billion ISK Stratios and refused to let him join them because he had no PvP experience. I've also mentioned that Viscis said "Fuck you!" after I told him I recruited Doc because Viscis rejected him, but I think it's worth covering again, not least because he'd been awesome for us. Still got lots to learn, but is taking it his stride.

So with all that background, the next meeting between our two groups was always going to be an interesting one. Especially with the old USYSC guys joining XIII wanting round 2 with NVACA, and with me and Utari wanting to get Doc involved in a good old dunking at their expense. And then it happened.

"Loads of stuff on scan in the static. [№] Anyone recognise this tag?"

We knew it would happen eventually - such is WH space. But in all honesty, it happened a little sooner than I was hoping for. At the time, XIII only had 64 members with NVACA breaking the century on membership. Of course, this doesn't mean massive amounts if you take PI alts and their timezone crossover into consideration, however it's still a reasonable indicator and I was fully expecting to be outnumbered.

Fighting outnumbered is something regular readers know that XIII delights in. To do so successfully, you need every dirty little advantage you can get your filthy mitts on. So, I felt inclined to remind them of something in the pub channel

Jay Joringer > Biscuits promised he'd bring the fight to us next time.

"Biscuits" is my pet name for Viscis. I don't think he's taken to it, which doesn't surprise me to be honest. It's a tiny bit condescending and doesn't even really sound like Viscis, but what the hell, let's throw some subtle provocation into the mix.

Galdur provided some extra incentive by parking his a few clicks off the hole. The NVACA boys went for it and started streaming subcaps through the H296. They probably weren't expecting Galdur's Phoenix to be fit for nailing subcaps and it started raining torps on their fleet as out own warped in.

While this was going on, I was watching the fight unfold in a covert ops. I'd noticed that Viscis had logged on his alt, Andur Konnake and was only on grid with T-X47b, his boosting toon in a Damnation. What this probably meant was he was holding Andur, his dedicated Naglfar pilot, in reserve. Warping back to my POS, I prepared my own Naglfar for a showdown.

I wasn't waiting long. The wormhole disrupted as Andur's Naglfar jumped in and I warped 'Rising Sun' into the fight, despite NVACA having a HIC on grid with a bubble up. It was a gamble to split our dreads up, but I thought the odds were good.

This overly optimistic opinion was reinforced by the appearance that I was getting the better of the initial exchange between the two dreadnaughts, so I left the Phoenix to increase the heart-rate of any subcap pilot he decided to lock up - something that was becoming increasingly difficult with our own subcap losses starting to become worrying. No Vacancies quickly responded, switching all their damage and neuts to me. It's at this point that I found that after I had imbibed a mild(ish)quantity of rum, that the 'consume' option on my blue pill booster wasn't as apparent as I remember it being. I was staring at the context menu thinking: "Where the hell is it? Shouldn't be too hard to find. It's just one word, and it begins with 'C'. Ah-ha! Compare, there it is! Wait, no...".

As the fight went on, the combination of the damage and the energy neuts starting taking a heavy toll on the Nag. I probably should have got the fleet to engage my opposite number, but other problems took priority. Losing the dreadnaught was not an option I was prepared to entertain, and the timing was favourable for me to drop out of siege and get capped up from the Archon that was now on grid, albeit 20km away from me. Well, at least Galdur would be able to refit if he needed. I called for the Archon to lock me up as the siege timer ticked down and eventually expired as my Naglfar hit structure. It was still bleeding hull as the reps landed, but didn't drop much lower than 80% once there was enough capacitor to restart the shield tank. They must have thought they were close as the damage stayed on me for a little while afterwards, but when their focus started to swift, more of our support ships went down.

No Vacancies went balls deep, bringing an Archon into the fight. Props to the boys - they really meant it and perhaps they scented blood after depleting our subcap fleet. That's the problem with flopping a strong hand; if you don't read your opponent right, he can still bad beat you on the river. And XIII were rallying. Despite having less numbers, I knew that home advantage would make the difference and alts of the guys who were podded started warping in to the fight to reinforce what we had left on grid. A second Archon made sure that the remaining subcaps would survive and as the my Naglfar approached a state of readiness to drop back into siege, Utari bought my Moros in to help out with Odidi bringing in an additional Naglfar. With that much firepower trained on it, the Archon lasted close to 2 minutes. The NVACA subcaps started to bail as soon as their Naglfar hit armour. We tackled whatever was too slow to escape, but relented pursuit in respect of them bringing one hell of a fight. We offered to show them the way out, but their scouts were already on the ball.

The fight was as fun as it was intense, but it wasn't the best part of the night. As we were looting the field...

Blue-Fire at their subtle best. Galdur suggested over comms that we do the same to them. Thanks to No Vacancies, we had little choice with our PvP ship stock suddenly in a less than desirable, depleted state. I consented, with more than a strong feeling that Blue-Fire would not take what was being offered. I was not disappointed, and the guys were treated to some glorious rage with additional fat-finger syndrome, courtesy of Orange Aideron:

Orange Aideron > okay well gl rolling it tell your guys to log its over for tonight.

While Irish Saint apologised for not having the numbers to contend with what we had, there was a collective smugness going around XIII. And it was probably a good few days before we stopped saying "guck you!" to each other.

Otherwise, here is the battlereport for No Vacancies. Guck them too.

Posted by Jay Joringer at 19:45 No comments: