TFC - Coming soon to a town near you!

TFC. No, it’s not some rip off of a fried chicken franchise, but something we’ve been using as an alternative for ‘GF’. Some people have a habit of dropping ‘good fight’ in local no matter what, and I’ve been guilty of this one myself at times. If you plain gank someone, it’s scarcely even a fight, let alone a good one. So, dropping a ‘gf’ in local would seem quite condescending sometimes, even if it was an acknowledgement of a sort; an appreciation. However, doing it is sometimes does get you responses like:

Admiral Leila > No. Get Fucked. Mining barge vs. 6 = no fight. Get the hell outta here with that bullshit

Yeah, fair enough. In my defence, it was a deadspace fitted mining barge. And I held it for the 5 other guys only to whore on the mail.

We’ve been discussing finding PvP on comms, or as some put it ‘content creation’. More specifically, the appropriate way to thank people for making pretty space explosions to which it was suggested that an alternative to the ‘gf’ could be ‘TFC’ or ‘Thanks for content’. I’ll admit I’m a sucker for trying to make ridiculous ideas stick and have been trying this out over the last week or two (most recently after a skirmish with Exit Strategy.. to which I received the reply:Citric Acid > Any time).

First opportunity was when one of our scouts happened across an ill-conceived nullsec gatecamp. An Armageddon and a Hurricane were sitting off a drag bubble, presumably trying to catch anything that passed through. I can’t make any comments about their success with this setup, but I don’t remember seeing any wrecks there – something which was soon to be remedied.

The scout led them through the gate to where our fleet was arriving and proceeded to melt the campers. Interestingly, they started chatting in local:

Cassuci Fuente > huston we have a problem
Lasernuts > no shit

The Hurricane went down pretty quick but the Armageddon made it back to gate and managed to jump into where they had planned to jump people. Once he realised there was no escape, he went down fighting. The system had a station where the cane and geddon pilots joined their already docked compatriots and let us know how they felt in local:

Lasernuts > that was a shitty fight
Lasernuts > and yall wonder why everyone docks up
O'nira > i know right
O'nira > :d
[it did seem inappropriate for a 'GF' at this point]
﻿Me > Thanks for content
﻿stewis II > you sir are in my bio
stewis II > with everything else that amuses me

Heading over to our last waypoint on another nullsec roam, I went plus one and saw an Apocalypse Navy on scan. I was just about to D-scan him down while the cloak timer held until he arrived on the gate, immediately jumping through to where the rest of the fleet waited. There were a couple of possibilities here, once again boiling down to either stupidity or a trap. If we were betting on stupid, he could have been a carebear heading back to the station system after an evening of ratting. If he was even slightly prepared, that might have meant firing up a MJD to try and escape.
I went for the second option and announced over comms:

“Point him as soon as he decloaks but keep your distance and watch for that cyno.” 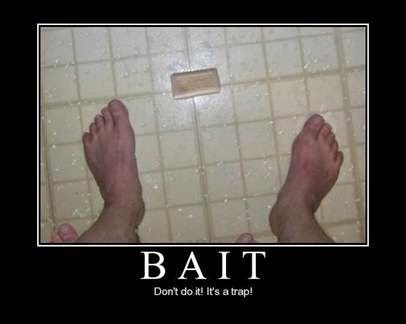 It’s something that I’d seen happening a lot in null lately. Battleships – slow, lumbering and sometimes helpless against a fast nano-gang. Or so they’d have you believe. They would be fitted for max tank with a cyno generator. Usually I’d seen Tempests and Dominix’s acting as the bait, but this was ballsy. But then again, who would pass up the opportunity to gank a Navy Apoc? I certainly wasn’t and loaded up some Scourge Rage HAMs into the Cerberus’ launchers while waiting for him to decloak.

He played it smart. Waited the full minute before doing anything, then started to slowboat back to gate – and this was the clever part. This forced us to put the bumps in and crucially, get into point and scram range. The point went onto our Scimi but everyone else had burned out of his neut range. By now he was in deep armour and the cyno went up – but I was keen to keep the guys on field just a little bit longer.

“Cyno up! Move clear and overheat those guns!”

It was going to be close. Archon and Thanny turned up on grid along with 2 Rorquals (one of which was Ore Development edition – much respect!) just as the baitship hit hull.

“Align out and be ready to get safe.”

The hull was depleting agonisingly slowly and the whole time I was expecting the armour bar to make a sudden, large jump back into the white, but the reps never came and the former baitship was now green on our killboard. Unfortunately, we didn’t get away clean. A Navy Vexor got caught by the Thanatos before he could warp clear – somehow. Still, we ended up easily ISK positive and it’s always fun being the mouse that runs away with the cheese, leaving a ‘Thanks for content’ in local – no response.

So, two examples of content, but not necessarily what I call good fights. Which leads me, tangentially onto the Marmite Collective. It seems some of them have read the Pewliday entry. This prompted a convo from Fybs, who is one of very few in marmite I respect but oddly enough, the first time we’ve spoken. Without pasting walls of chatlogs, it opened with a reference to the blog which I can only assume was a way of saying ‘we’ve read it – we know what you did’ in the typical chest-beating fashion of a highsec merc. Well played, guys. If I wanted it to be super-secret, I wouldn’t have told the world about it in a blog. He went on to say he thought what I did low and poor 3ulldog didn’t stand a chance. However, he was forced to concede that highsec mercs often used the same tactics on their targets, albeit with deliberate intention.

He went on to mention it was a shame that bridges were burned as I could have got more kills with marmite and they could have used a guy like me. I replied that it wasn’t about the kills, but the fights, citing the target hunting vs the lazy gate camping and we ended up exchanging stories of favourite fights (which incidentally were all solo or small gang). Could I have gotten more kills in marmite? Of course. Could I have got better fights? Not a chance...

Another null roam. Ludis was scouting in an interceptor and reported a gang on a gate. From the sounds of it, the composition was changing as people jumped in and out, moving along the pipe after him. He reported a few cruisers and HACs along with a light dictor. It seemed dodgy to engage. They definitely outnumbered us and the what ships were where seemed sketchy - but to me, that sounded more fun.

I made the call for the fleet to jump in. Outnumbered, yes, but not outclassed. We had two Cynabals, two Ishtars, two Scimitars and a Taranis. While their fleet was bigger, it sounded kitchen sink with a mishmash of T1 cruisers, faction cruisers and HACs. Our fleet landed in the Flycatcher's bubble and I noticed a pair of Osprey's had joined the party. As I called targets, I found my Cynabal being primaried by the opposing fleet and came close to armour before the reps started landing. Bad call from the enemy FC. The Osprey we primaried couldn't be kept up by the other, despite a brave effort, and soon went down. They realised their error as we started putting damage on the second Osprey and our own logi started taking fire. The Osprey was hitting hull just as he managed to jump the stargate.

With their logi down or off the field, some of their fleet started to disengage, relieving the pressure on our damaged Scimitar and now it was a simple exercise in pointing as much as we could, which ended up being their Flycatcher, a Caracal, an Omen and a Navy Vexor which were popping one by one as local started to spike.

As the Navy Vexor went down, their reinforcements landed. No logi except for the Osprey the other side of the gate, but cruicially, there were 5 Ishtars along with a few other ships. I made the call for the fleet to get clear and this time, no one got caught on the withdrawal. We might have done ok, but I didn't see any way the scimi's could cope with the dps from those Ishtars and I was favouring the prospect of a flawless hit-and-run.