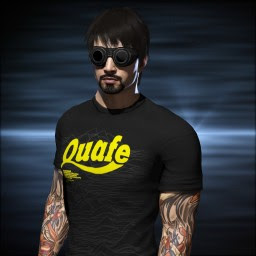 
It’s been a while since anything was put on here. There’s been a whole lot of not much going on. Certainly nothing much of note. For various reasons, activity in Blackstar dropped off and we brought in several pilots who were ex-Black Rain Cartel to plug the gaps. I’d always liked what that corporation were trying to do, but I wasn't too interested in bringing in that many people from one group until I saw that Boris Johnsons Love Children wanted to absorb them all into their corporation. After we turned down a merger offer from Boriz (to which Demorest left us with thinly veiled threats), I was delighted to learn that they had also tried to recruit Complex Potential before he decided we were the better option, so I couldn’t turn resist this little coup either. While these guys were settling in, we went through a period where we losing a lot of engagements and a few expensive ships in them. We needed to get our PvP swagger back. I was sure just one good win would do this. Sure, we were still keeping the killboards ticking over, despite a couple of big hits, but hit and run ganks don’t give that satisfaction.

An opportunity arose in the form of a previous resident of our C5, Blackstar Zion, resubbing his account and logging back in, in his Revelation. Finding himself stranded, he logged out before anyone could land points. His alt was also in system without probes, but had a cloak and was keen on negotiating a sale with us in local and desperately asking any passers-by for “books to empire”. While we were plotting what to do with this guy, a new signature appeared and eventually scouts reported back a chain that had been opened to us by Polarized. We’d been in the C5 a while, but so far we hadn’t had any serious encounters with the so-called “notable” Wormhole corporations or alliances. According to local chat, they were keen to provoke such an encounter:

JamesWyh> I’m here to declare my intentions
I was intent on doing my best AFK impression in my Crane, so I left this one to Diz.
Caius Beriat> Declare away good sir
Very eloquent. Missing some vital punctuation, but eloquent nonetheless.

JamesWyh> I’m here to violence your boat.
JamesWyh> It’s only me and a cloaky proteus

Riiiiiight. Although there wasn’t anything sat on WH to . Not anything that wasn’t cloaked in any case but Sean was reporting a lot of movement one system down the chain. He was punctuating each report with varying degrees of “we don’t want to mess with these guys” and that kind of thing. It seems Cadava’s ‘Brave-Sir-Robin-Syndrome’ was contagious.

I was sure the others guys were up for a scrap, even if we lost so I gave the order; “I don’t want Polarized to roll out of here screaming about how Blackstar don’t want to fight. Get in something cheap and let’s get to it.”

Now, I’ve always attributed WH PvP to one of two things:
1.) A trap or
2.) Something to which you can apply the phrase “Always bet on stupid”.

I wasn’t prepared to associate Polarized with the second of those principles, which meant, well yeah, it was obvious. However, we did have a couple of things on our side. We had eyes down the chain so we could give intel on their inevitable reinforcements and maybe try to disengage if it wasn’t looking pretty. The other thing was that D-scan in our hole was looking like carebear central with Orcas, ventures, retrievers and me sat in my Crane doing my best AFK impression. The only one they’d had contact with was Caius and he’d shown them a Tornado and a Proteus. People started to reship into Battlecruisers and Dar was batphoned via steam and logged in two guardians. Sat next to the SMA, I was ready to get into my Armageddon as soon as the Proteus showed up and test it out for the first time. Also breaking out a ship for the first time, Kais was about to attempt his first fight as a Falcon pilot. Two Hurricanes, a Harbinger, Rapier, Armageddon, Falcon and two Guardians might seem overkill for an Omen and a Proteus, but I refer you back to my first principle of WH PvP: Trap.

But I’m actually quite fond of cheese. Even the proverbial form that sits in metaphorical traps. And especially if it’s in cake form –which may be a good time to mention that ‘Cheesecake’ is the corporation warcry and has also become a pseudonym for PvP.

So the boys warped over to the WH and started to engage the Omen. Right on cue, the Proteus decloaked and started to assist his buddy. Caius called him being point blank and I jumped into the geddon and warped in at range. The plan was to land at 30km away, but it was 30 in the wrong direction, so I had to burn to close range and get into the fight. As this was going on, Sean was calling out their inevitable reinforcements as they moved down the chain. I was still closing range when they landed on the connection to ; Proteus, Legion, Absolution and two Guardians.

They jumped through just as I got into neut range. Kais decloaked and jammed out one of the guardians and I dropped neuts onto the other and one of the Proteus’. The Legion started to burn towards me so I started moving away and applied a couple of neuts on him. Briefly, I was pointed. It’s hard to say whether it was the neut cycle or Kais’ ECM that broke it, but the Legion pilot suddenly thought better of being off the WH when the first Proteus went down. One of the guardians was in structure before their fleet decided it had had enough and jumped back through the WH. Cleverly, their Legion pilot stayed engaged while the rest of their fleet made their exit before jumping out himself. Somewhere in the fight we lost a stealthbomber, but I’ll take that for a Proteus kill any day of the week. Especially if it means the end result is that Blackstar Zion was successfully defended against the mighty Polarized. We might have even got more, but bringing that fleet low with some T1 BC’s was a good enough job for the night and a decent fight for the guys.

Posted by Jay Joringer at 18:25 No comments: